The following is part two in a five part series about the formation of Hacienda Petac and the historical context surrounding the estate’s evolution.

By the latter half of the 19th century, Spanish colonization had redefined the Yucatan. An agriculture-based structure of international trade had been built and the hacienda system was expanded to support it. Around 1870, the revival of an ancient Mayan plant – henequen – brought an economic groundswell to the region and redefined Hacienda Petac as a competitive agricultural plantation. 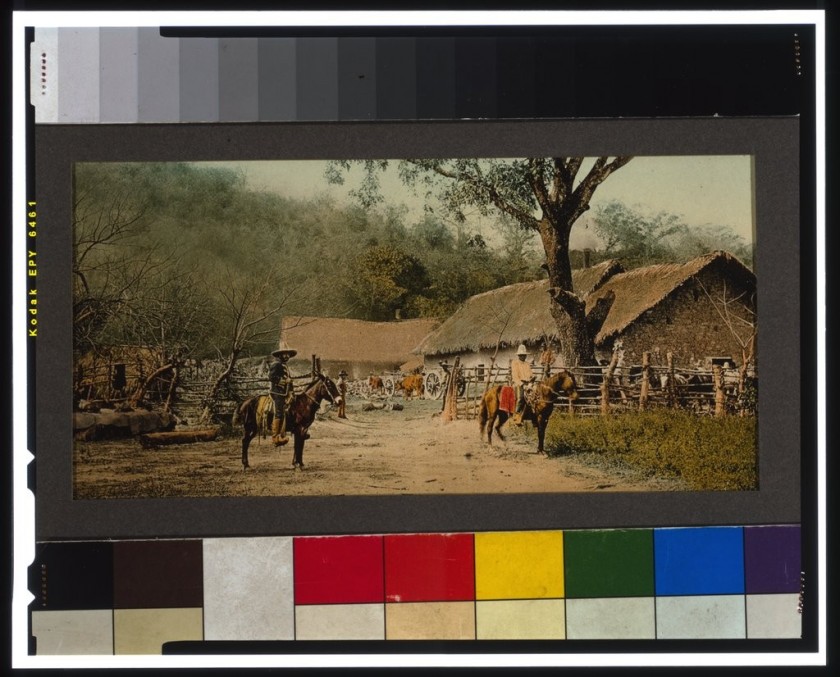 A photochrome of a hacienda in 1884 by William Henry Jackson, from the World Digital Library.

Often confused and used somewhat interchangeably, sisal (Agave Sisalana in Latin) and henequen (Agave Fourcroydes) are two closely related species of agave. Both native fibers of the Yucatan Peninsula, they were harvested for centuries by the Maya for roping, hammocks and rugs. Their resiliency and slight elasticity made for an ideal material, as the fibers didn’t snap under weight or dry out in the heat.

Originally a Maya word, henequen is sometimes used colloquially to describe either fiber. Meanwhile sisal, named for the Yucatecan port from which it was exported, is often used to describe henequen outside of the Yucatan, as the shipping crates for both fibers feature the port city name “Sisal” stamped on the exterior. Henequen plants, with taller trunks and thorns on the edges of their leaves, were cultivated considerably more in the Yucatan.

In 1870, a surge of interest in the plant came from America, where the agricultural economy was still in rapid expansion. A cheap and durable substance for making rope and bailing twine – especially one that wouldn’t hurt farm animals if swallowed – was vital. 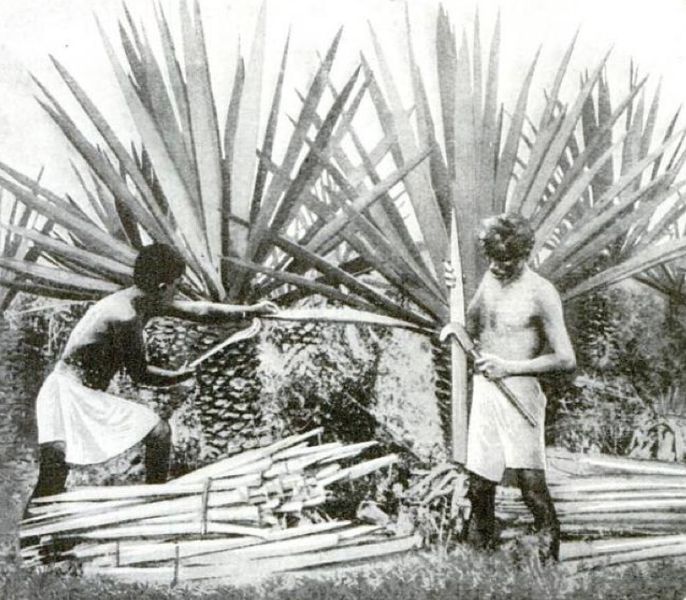 Due to the increased demand, the traditional Mayan methods of hand scraping, soaking and retting failed to produce the necessary amount of henequen fiber. The Yucatecan government established a competition to encourage the development of a new tool to extract the fiber faster. New large central fiber extraction machines, or decorticators, were developed to remove the skin, water, and pulp of the plants, extracting the fiber, letting it dry, and allowing it to be processed into rope. Conveyor belts fed the leaves into the machine where a series of bladed drums and high-pressure bursts of water scraped the leaves. As henequen was later found to be a good reinforcement agent in concrete, the industry continued to boom, and a trade relationship with the United States flourished.

Modern farmers dry henequen out in the sun just as hacienda workers did hundreds of years ago.

Throughout the next several decades, the Yucatan reigned king. For a period of about thirty years, it is believed that the Yucatan’s henequen and sisal were responsible for ninety percent of the rope and burlap bags used worldwide. After a while, though, while henequen remained in the area, sisal was introduced and quickly adopted in other tropical climates. Brazil, Florida, East Africa and China all established competing markets. By the turn of the century the price of the plant began to fall in the region.