The tale of Hacienda Petac and its transition from a quaint agricultural estate to a world-renowned historic resort and spa is one that covers hundreds of years and spans the colonization of an entire region, the founding of a country, a string of political upheavals, and an eclectic collection of owners. The following 5-post series speaks to each segment of the Hacienda’s history and examines the major events, trends, and renovations that make Hacienda Petac what it is today.

Part I. RISE OF THE HACIENDA SYSTEM IN THE YUCATAN

As the Spanish colonization of the New World progressed thro
ughout the 16th and 17th centuries so too did the crown’s interest in the natural resources of the agriculture-rich Yucatan. Efforts to ensure control over these resources quickly gave birth to the hacienda system, a land grant scheme established by the Spanish crown as a reward method for Spanish nobles. As thanks for their loyalty or as a means to lure them to the New World, conquistadors and noblemen were given enormous tracts of land and personal estates in the newly colonized territories. 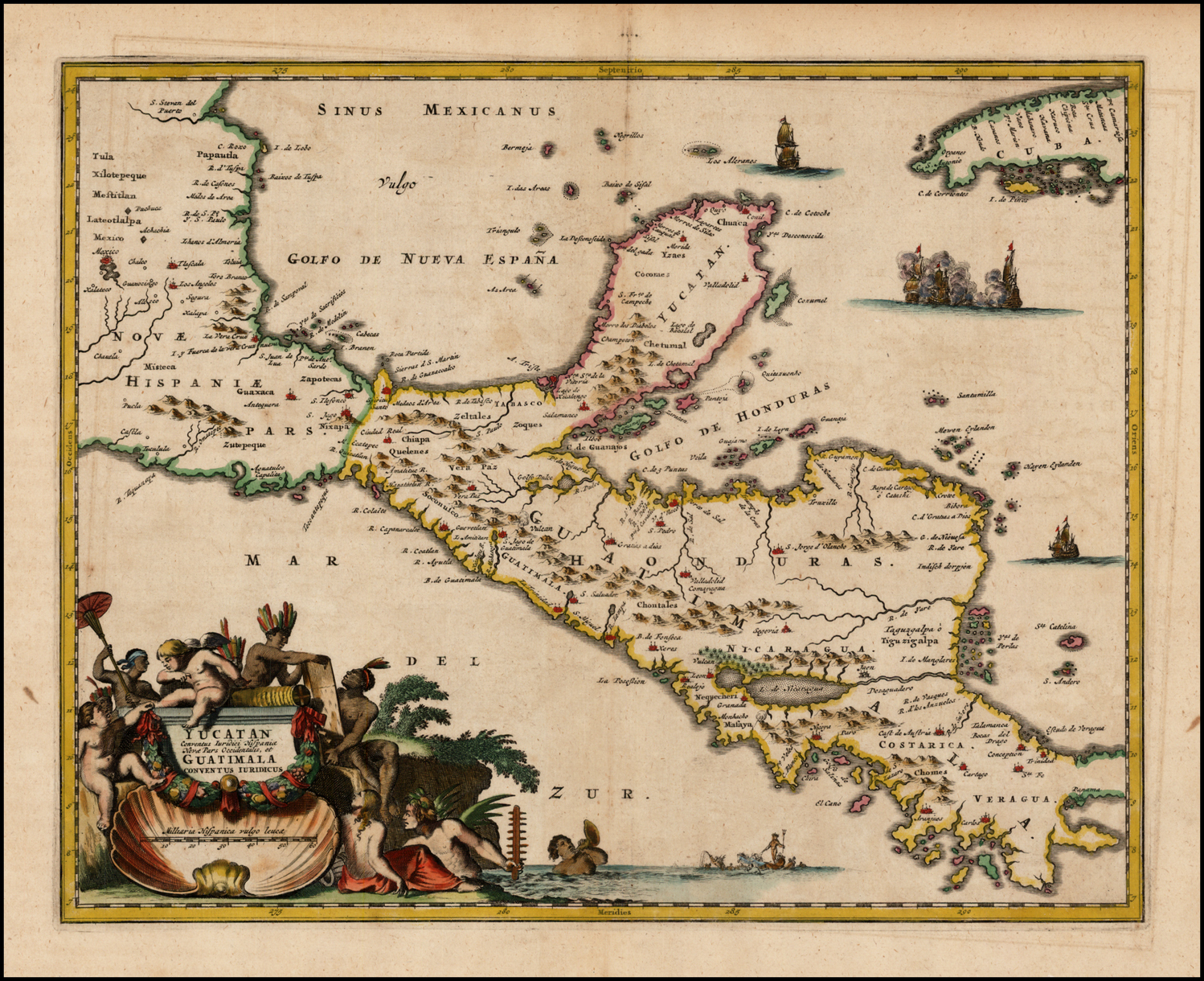 Historical map of the Yucatan, published in 1671.

These estates were known as haciendas, constructed with a main manor house called the casa principal, and an often fully self-sufficient town surrounding it. Many of these haciendas became villages unto themselves.  The estates, whether plantations or mines or even early factories, and the goods produced on them, were the cornerstones of the colonial economy.

It is in this vein that Hacienda Petac was founded. Like some of the immediately surrounding estates, with their uncomplicated and pragmatic constructions, Petac built itself initially upon livestock and simple crops. Cornfields, for example, accounted for a significant portion of Petac’s original footprint, which measured about half a league, or 11,452 square veras. (A vera is an antiquated measurement and, considering it was made from a stick, somewhat arbitrary unit of measurement.)

Although Hacienda Petac produced initially only for the local economy, the emergence of a new, far-reaching agro-industry later propelled the entire region into international fame. This allowed Petac to revitalize entirely the hacienda’s infrastructure and layout.

NEXT: Part 2, THE HENEQUEN YEARS