We’ve found a fantastic portal to Hacienda Petac’s past in a previously forgotten collection of magic lantern slides from the late 19th century. Magic lantern slides, the predecessor of the slide projector, have been around since the 1600s, long before the advent of photography. A relatively simple premise, magic lanterns use small glass slides with images hand painted on them. Illuminated originally by candle – then kerosene lamp and, later, electricity – they are projected onto a wall so that the image appears much larger than it actually is. Once all hand drawn and used primarily as a means for entertainment, magic lantern slide images of the late 19th century grew serious and became reliable historical tools with the technological advances of modern photography. Although by the 20th century they had lost favor after the invention of the more practical slide and overhead projectors, magic lanterns still offer us a charm-filled glimpse into our area’s history. 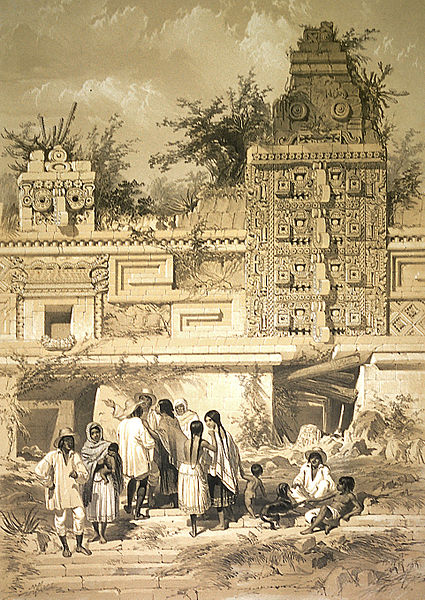 Our own collection includes photograph slides from the Yucatán before restorations were made to Maya ruins as well as images of henequen haciendas from their heyday. While some of the glass slides were hand painted and colored, others are in black and white, but they are all 3.5” x 4”, a size common of the late 19th, early 20th centuries. This first set – some of our favorite images – show the ancient Maya city of Uxmal, now a UNESCO historical site, about an hour south of Petac. 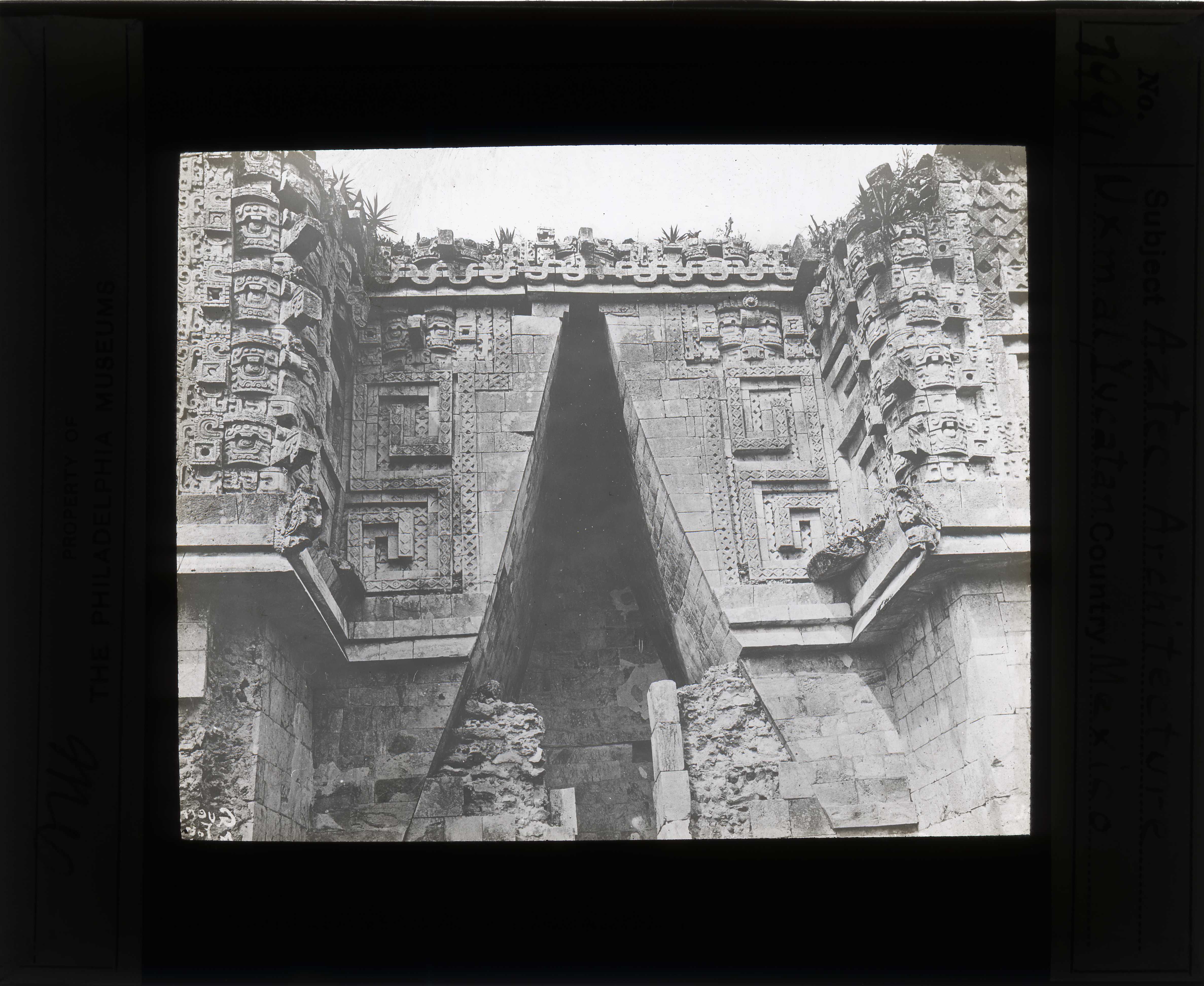 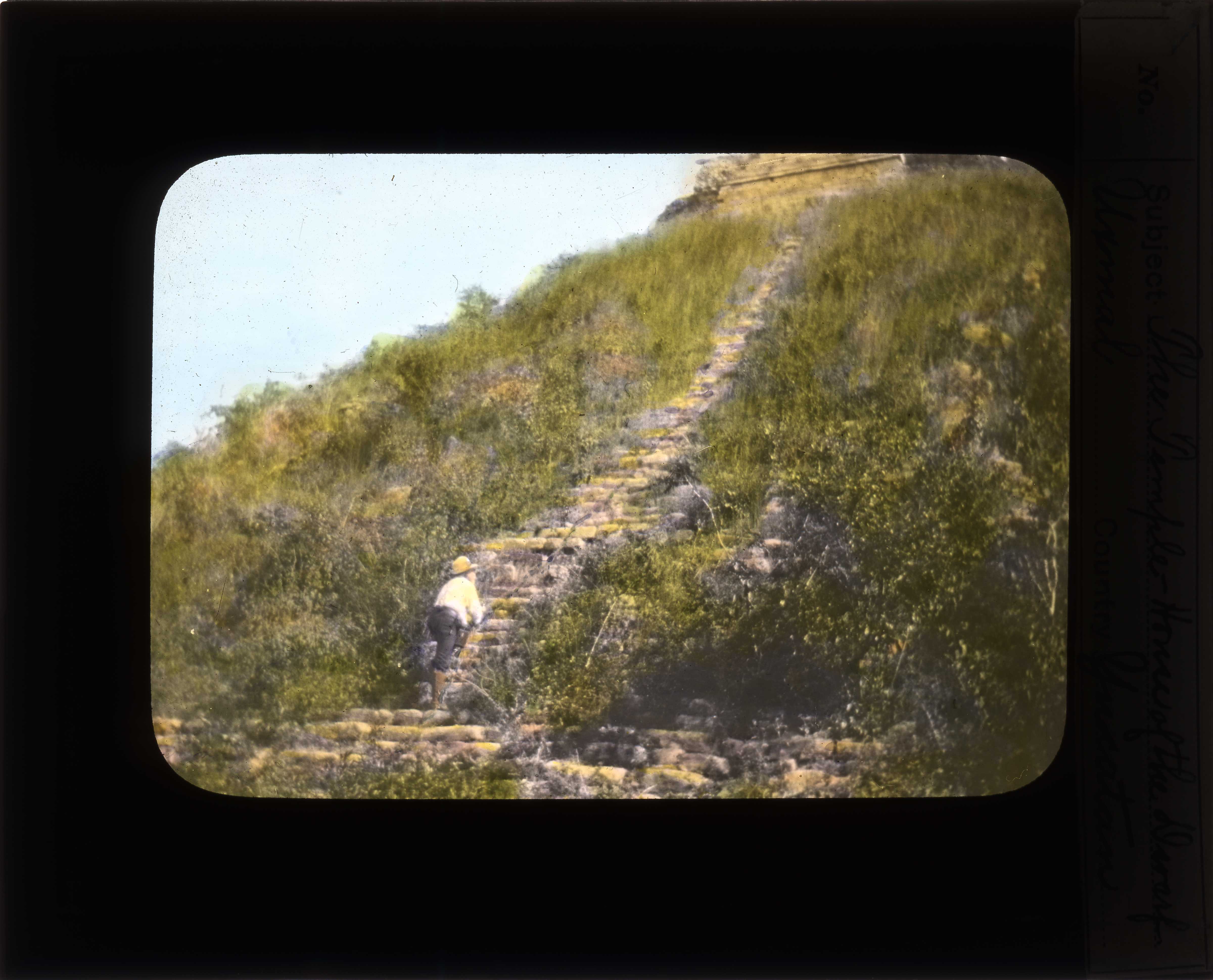 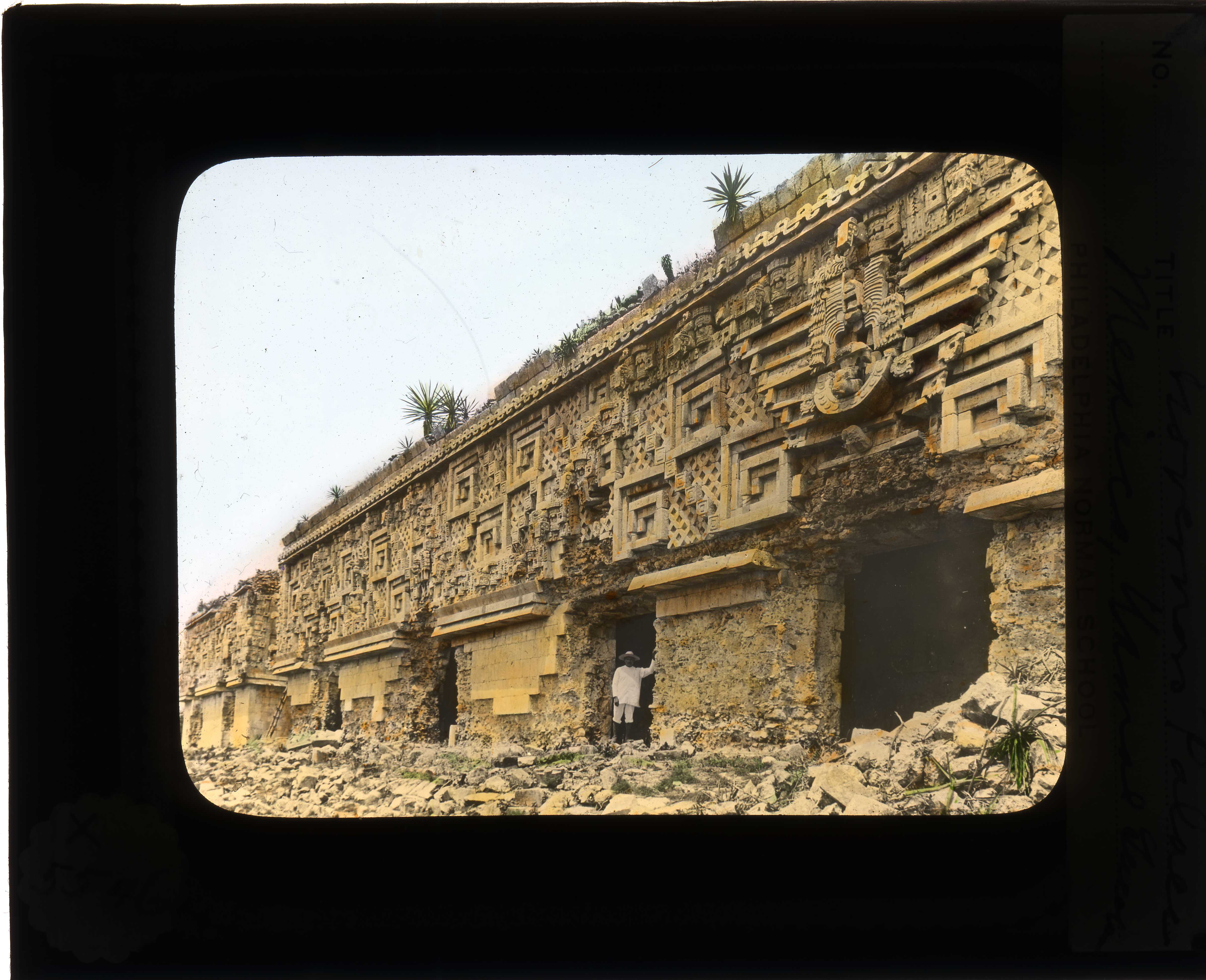 Magic Lantern photographic slide of The Governor’s Palace at Uxmal