What follows discusses the period of agrarian reform in the Yucatan, legislation in the first half of the twentieth century, and the process of land redistribution as seen by haciendas such as Petac.

PART V. AGRARIAN REFORMATION AND LAND REDISTRIBUTION IN THE YUCATAN

The subject of agrarian reform and the redistribution of land continued to occupy most people’s thoughts and actions throughout the first half of the twentieth century. The ruling elite used agrarian legislation as a political tool during the War and although various types of land reform were attempted, it was often for the simple sake of quieting peasant rebellions.

In 1915, the first significant law from the Revolution was passed. The Agrarian Decree, having been championed by Pancho Villa and Álvaro Obregón – who in 1920 was elected president – promised to return village lands to peasant workers. The rural majority, who had been living as essential debt slaves under the thumb of wealthy hacendados (owners of haciendas), was suddenly empowered. Two years later, a clause of the new constitution passed under President Carranza placed Mexico’s natural resources under federal jurisdiction. This allowed the expropriation of once privately owned land for redistribution to rural Mexican citizens. 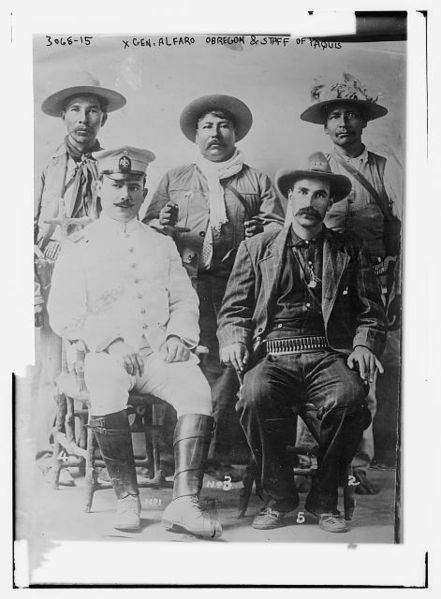 After being named President in 1920, General Obregon led the first stable President since the start of the Revolution. His term lasted until 1924.

Throughout the 1920s 53,000 square kilometers of land were redistributed in small parcels to 500,000 peasant workers around the country. During this time, ejidos, or communal land holdings, gained popularity throughout the Yucatan as parcel owners living in free villages banded together to share resources.

Even by 1930, though, ejido properties only accounted for 6.3% of the country’s agricultural property. Although foreign investors and domestic hacendados were losing political clout, it wasn’t until the passing of the 1934 Agrarian Code that land reform really gained momentum.

Under President Lázaro Cardenas, the 1934 legislation and following Agrarian Reform Act of 1936 gave even landless rural workers the right to submit ejido petitions. It also established Agrarian Commissions – with both state government officials and representatives from local peasant leagues – to help supervise the redistribution process. 45,000,000 acres of land were awarded after the law’s passage to Mexico’s agricultural underclass – 4,000,000 of which were taken from foreign (largely American) landowners. 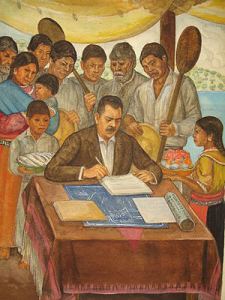 A mural of Cardenas signing the agrarian reform act.

Hacienda Petac, of course, wasn’t immune to the land redistribution process. After the passage of the 1934 legislation, Petac was divided into 175,000 parts that were then distributed amongst the Loza family’s descendants. While peasant workers throughout the Yucatan celebrated the land reform, many Hacienda owners, of course, resented it. Throughout the Yucatan efforts both legal and not were made to preserve lands and sidestep the new laws. Petac was further divided up and at one point had over 11 different owners jockeying for control over the estate. In 1934 Señor Rafael Salazar Barrera began purchasing some of these parts of Petac from its various owners and reestablishing the original land plot. His first purchase, for 5,339 parts, cost him $6,000. By the end of the year, he had acquired 31,244 parts and was co-proprietor with the Loza family.

After the 1936 Agrarian Reform Act, Hacienda Petac was recategorized as a “Small Property” with “native lands.” More than 40% of Petac’s land, a plot known as the Gran Ejido, was given back to the Mayan villagers of Tzacala with which to begin to grow and sell agricultural products for themselves. Meanwhile, Señor Barrera continued buying property, including the hacienda’s henequen processing plant, even after the Loza family’s interest faded.

In 1994, Barrera’s relative Rafael Miguel Salazar Barrera purchased Hacienda Petac, which had been divided into three sections. Two of those plots, which included the portion of the estate with buildings, make up Petac as we know it today.

Hacienda Petac in its current iteration covers about 100 hectares. The property has undergone massive changes in its 300-year history, weathered political mayhem and seen far-reaching social transformations. Restorations over the past ten years, though, have been always conscious of this, careful to preserve Petac’s original architecture, to embrace the lovelier parts of its past and, of course, to continue the traditions of the Yucatan as a whole.